A Look at Today’s Acquisition Landscape for PR Agencies

Mergers and acquisitions are a constant fact of life for PR agencies. Have you thought about starting your own firm, and wondered about an exit strategy? Or do you manage your own agency and wonder what it would take to sell it? 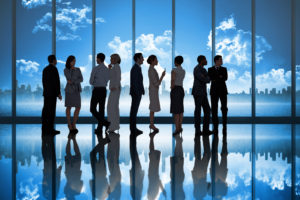 PRSA member Art Stevens, APR, Fellow PRSA, is managing partner of The Stevens Group and remains as co-managing partner of SGP Worldwide. He has been valuing agencies, brokering mergers and acquisitions, and providing strategic advice for nine years. He is a former owner and CEO of LobsenzStevens, a Top-20 independent PR agency, which Publicis Groupe acquired. His new six- part series, exclusively for PRSA, will share what he’s learned over the years about what it takes make an acquisition.

Once upon a time in the 1990s, there was a gold rush to identify and consummate deals with PR agency sellers. Technology PR firms were riding high, showing enormous profits and potential while leading the way to the PR agency acquisition revolution.

Every reputable PR agency was like today’s sports free agent. Numerous bidders would romance the firms, and the highest offer won out. It wasn’t often an agency owner would receive almost the entire purchase price right up front.

So if an agency earned around $4 million in net fee income, then the owner could receive that amount at closing. In addition, lucrative and easy-to-attain earn-out formulas were included, enabling the agency owner to receive an eventual purchase price of anywhere from three to five times its base revenues. A $4 million agency could eventually go for $10 million.

Blame the dot-com implosion in 2000. Tech PR firms struggled, as did their dot-com clients. PR agency buyers accumulated large losses. Since then, deals have changed and buyers have learned to share more of the risks with the sellers.

The price is right
Today’s acquisition landscape is considerably more sophisticated and discriminating. Deals are no longer conducted on the basis of showing financials first, before meeting in person. Culture and synergy are far more important to a successful deal today than they were in the late 1990s.

The financial structures have also changed.

The current standard PR agency acquisition formula is still roughly one times revenues, which means that if an agency generates around $3 million a year, chances are that the ultimate purchase price will still be around $3 million.

The current base profit average for agencies of all sizes today is around 16 percent. That’s down from almost 20 percent about four years ago. If a PR agency does considerably better than the standard industry profitability average, then the ones times revenues formula would no longer apply. For instance, if a PR agency shows a bottom line of 25 percent, then it could even sell for up to three times its present base revenues.

However, the caveat is that the seller would have to continue to produce those same levels of profit during an earn-out period following the acquisition. If the seller can continue to generate a profit of more than 20 percent, then the purchase price will increase accordingly.

Most current deal structures are based on an upfront payment at closing and a three- to five-year earn out. The more profit the seller has generated during the previous three years, the more the upfront amount will be. Upfront payments vary from 20 percent to as much as 50 percent or more — if the seller has profits in excess of 25 percent.

A win/win situation
The buyer’s goal, of course, is to purchase a successful PR agency that has a bright future that can be augmented through collaboration.

If it’s the right fit, then everyone gains. A buyer with appropriate administrative and back office support can replace those of the seller. And if the seller can move into the office space currently occupied by the buyer, then more cost savings will occur.

As a seller, the key is to run your business profitably. That needs to start at least three years before you entertain acquisition discussions. Demonstrating a consistent pattern is more important than suddenly turning a high profit the year you become interested in selling your business.

In the next article, we will examine how to make an acquisition a win-win situation the three to five years after the deal closes.

After popping the champagne and celebration, the seller and buyer need to live with each other for a period of time. Let’s see how they can build a compatible and mutually rewarding future.