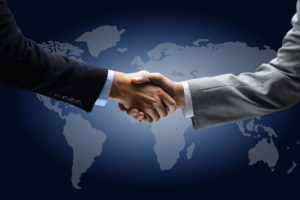 THE STEVENS GROUP, a U.S. based mergers and acquisitions consultancy in the public relations and marketing communications industries, has announced that it has completed an agreement with UK based M&A Advisory to provide mutual clients with full international capabilities.

M&A Advisory, founded and headed by David Blois, is headquartered in London and facilitates mergers and acquisitions in the public relations, digital marketing, software, technology and social media industries.  Its base of operations is the UK, Europe and the Far East.  David Blois founded the firm in 2012 after spending sixteen years as regional director of Results International.  His team consists of experienced professionals having held senior positions with Saatchi and Saatchi, Reed Elsevier, Morgan Stanley and Results International.

THE STEVENS GROUP was formed in 2014 and is headed by Art Stevens, still co-managing partner of SGP Worldwide. Stevens has been in the forefront of major acquisitions in the public relations agency industry for ten years after having sold his public relations firm LobsenzStevens to Publicis Groupe.

“This affiliate working relationship will prove beneficial to buyers and sellers on both sides of the Atlantic.  David and I are able to extend our respective reach to buyers and sellers interested in the U.S. marketplace and vice versa. This bandwidth is essential in a world where borders are beginning to make very little difference in marketing communications services,” Stevens said.

Among recent acquisitions Stevens has been involved with, as Co-Managing Partner of SGP Worldwide, are the combination of Middleton & Gendron to Eric Mower + Associates; and the acquisitions of Turner PR to Fahlgren Mortine; and Widmeyer Communications to Finn Partners.

For more information about The Stevens Group, go to www.theartstevensgroup.com or call (732) 748-8583.