Debating the Future of Earnouts 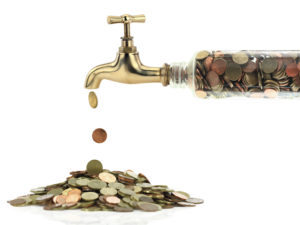 Ever since a farsighted PR or ad agency determined that an additional way to grow its business was to acquire other PR agencies, the manner in which most transactions are completed today hasn’t changed much since the ink dried on those precedent-setting M&A deals of yesteryear. Is that a good or bad thing? Let’s take a look.

The gold standard for doing deals was built around the “earnout,” the term used to define the means by which the owners of the selling firm would be rewarded if it did well, and penalized if it didn’t. The value of the transaction between buyer and seller was — and most often still is — predicated by a formula based on projected revenue and profits for three to four years from the date of closing.

In the ensuing years, it didn’t matter if the seller agency brought in wondrous new accounts, as long as other existing clients didn’t go out the window and result in a revenue dip that exceeded the gains from the much-heralded new business wins.

It also didn’t seem to matter what the working relationship was like between buyer and seller, as long as the projected revenue numbers were being met. Even today, there are buyers who are so transfixed on a seller’s prior years’ tax returns that they look to the financials before meeting the individuals who they will be working closely with for the next three years.

For far too long, the basic tenets of successful acquisitions — chemistry, culture and compatibility — have been forgotten. Many buyers seemed to conflate the standards that a company should use to evaluate the purchase of a creative, service-oriented entity, like a PR firm, with the accounting metrics that industrial enterprises commonly apply when acquiring an available spark-plug manufacturer.

A PR agency is not a gadget-maker. In the world of PR agency M&A, there isn’t any industrial machinery, assembly lines or product inventory to factor into the valuation equation.

The only inventory that a PR firm has is its people and its clients. Period. Buyers tend to forget this, and instead, they perform due diligence rituals on a PR agency as if a firm is analogous to that metaphorical spark-plug manufacturer. It’s not.

The earnout profitability
So how can this nut-and-bolts buyer evaluation mindset affect the concept of earnouts in the M&A space of public relations.

Traditionally, PR acquisitions are made on the basis of varying percentages divided into two stages. Stage 1 includes upfront payment to the seller. Stage 2 includes the predetermined incremental payments dictated by profit multiples, stretched out over a three- to-four year period.

Over the years, I’ve witnessed a number of situations where the more profitable agency loses more clients along the way than the less profitable one. The reasons for this vary. But often, client defection is a result of slavishly profit-centric policies on the part of management that lead to under-servicing and understaffing even their most valued clients. If you’re a buyer, then is this what you really want? What if you are a very profitable, but poorly performing agency?

If so, then I say buyer beware. You could end up being disappointed when the seller begins to lose clients and some of its best people during the year following the acquisition. What appeared to be a prudent purchase decision on paper could turn into a lemon of a deal in the real world.

Conversely, would a buyer be better off acquiring a less-profitable agency — one with stable and happy accounts, and a staff that will propel it into the future — particularly in light of the synergies that almost inevitably accrue to the combined entity, as a result of the consolidation?

As I see it, though, the problem with traditional earnouts is that they’re all about making high profits for both the buyer and the seller, and less about the quality of service. If a seller wants to maximize profits during the three or so years of an earnout, then he or she is incentivized to cut costs and staff — often at the seller’s peril.

The seller will do whatever it takes to get that profit ratio up so that he or she can leave the post after the requisite employment contract expires with wheelbarrows full of money.

Well, for starters, the buyer might be reluctant to refer business to the seller because it would mean having to pay the seller more in the short term. It could also result in the seller losing the people who made the firm attractive to the buyer in the first place.

At The Stevens Group, we believe that there is a better way to forge a business relationship between a PR agency buyer and seller so that the financial arrangements — while an important factor in any negotiation — aren’t the only yardstick used to bring the two parties together. Let’s not overlook the fact that buyers acquire PR agencies for the following reasons:

To help achieve critical mass and growth above and beyond organic growth
To embrace the talents and quality of additional professionals
To immediately add complementary clients to their roster
To establish a foothold in a complementary or similar niche
To establish a presence in a different geographic area
To enable the buyer to increase the profitability of his or her firm in tandem with the seller’s
While risk on the part of both buyer and seller is still a significant consideration in the art of any deal, we try to be more inventive and suggest more accommodating acquisition models to the owners of the buyer and seller firms who we work with.

The newer models that we’re hatching are designed to minimize risks and embrace other criteria in addition to profitability. Those criteria include revenues, account stability, buyer willingness to give more credit to the seller for buyer-driven new business, workforce stability and other intangibles that don’t necessarily add to the bottom line.

Traditional earnout scenarios will eventually go the way of the Edsel — it’s already happening — and that newer, more growth-oriented terms will bring PR agency buyers and sellers together for the long term.