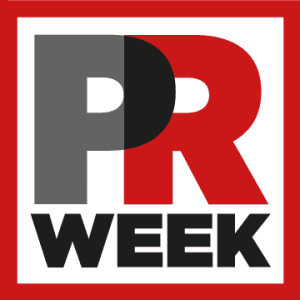 With the spate of agency acquisitions in recent years, you might think making a deal is easy. Far from it.

As someone who has worked closely with more than a hundred public relations agencies during the past 10 years, I am privy to one of the best-kept secrets in the industry. Most owners of independent PR agencies, regardless of their size, are very wealthy.

This fact, and it is a fact, doesn’t show up in PR agency benchmarking studies that include typical salaries of PR agency owners.  These owners guard their best-kept secrets zealously and simply report what they consider to be industry standard salaries. But the profits they take out in the form of distributions during the course of the year are kept strictly confidential.

So if a benchmarking study reflects that the industry standard for an agency owner of a $5 million firm is a salary of, say, $300,000, you can be sure that this isn’t the whole story. Most likely, that individual will be pulling out more than $1 million a year.

If a PR agency with fee billings of $5 million does around a 30% profit, after all other overhead including staff salaries that generates about $1.5 million in profits.  Guess who gets to keep most of that?

Consider this. A key number two senior manager in a $5 million agency may earn a salary of around $250,000. And I’m being on the generous side. This senior manager may manage many more professionals than the owner of a $500,000 PR agency. Yet the latter individual often takes in considerably more than $250,000 a year. Is it any wonder that more and more PR agencies are being started than ever before?

I am personally aware of one independent PR agency owner that earns more than $5 million a year. And the agency isn’t even among the top 20 in fee billings. This individual earns more than the CEOs of holding company PR agencies. Ah, the joys of growing your own business.

The various economic downturns of the past 15 years tended to sober up agency owners. Some lost their agencies because they couldn’t handle the dire steps necessary to keep their businesses afloat.

Yet, there comes a point in the lifetime of a PR agency owner when he or she would like to sell the agency. The question becomes how does an agency owner capitalize on the enormous profits the agency has generated in order for him to become as wealthy as he is? Can a buyer find a way to reward the agency owner with a purchase price that is appealing and still recognizes the enormous hurdle that would have to be overcome to generate more dollars for the owner than he’s already taking on his own?

During my travels through the world of PR agency M&A, I’ve come across a number of primary reasons a PR agency owner wants to sell:

Taking as an example the owner of a $5 million agency who takes out about $1 million a year, how can an acquisition be structured that would accommodate the owner’s present income base with a realistic marketplace value? Typical deals are usually based on fee income or bottom line, or both. Typical deals these days are one times net fee income or five times bottom line. So if an agency is doing $5 million and it generates a profit of $750,000 a year, then that agency could be worth around $5 million.

But if that agency is generating a profit of 30% and the owner takes $1 million a year, then in five years, that owner would personally take in $5 million. If he is offered even $7 million for his agency, then it’s not economically worthwhile for the owner because he would net a mere $2 million for his agency. It’s worth a hell of a lot more than that but buyers may be wary throwing around big bucks for a potentially uncertain future.

The truth is that it’s easier structuring a deal for an agency doing a 15% profit than for a 30% profit. So given this interesting phenomenon in the agency business, how can deals be done for firms generating enormous profits and huge windfalls for their owners? Here are the criteria:

These are some of the ways in which compromises can be made to allow a seller and a buyer to close a transaction when the seller personally generates an enormous income. The seller must be willing to be flexible if the goal is to either exit or enter. Looking at it another way, the seller is already quite rich if he’s run the business well. This doesn’t mean that he wants to give the business away. What it does mean is that the seller may be so ready for the next major change in his life that he’s willing to work with a desired buyer to make a deal happen.