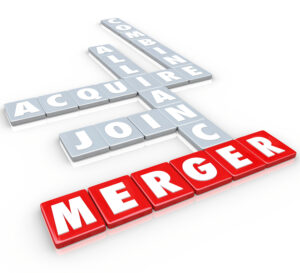 In a number of articles I’ve written for PRSA over the years, one of the recurring themes is the importance of chemistry when reviewing the merits of combining two agencies.

I don’t mean to sound naïve. On the contrary, it’s more than a decade of real-life experience in the PR agency mergers and acquisitions world that has taught me to place chemistry a couple of notches above purchase price, which conventional wisdom mistakenly considers to be the Holy Grail for a successful merger.

In fact, I don’t even put purchase price in the “place” position, given all of the changes occurring in the PR agency mergers and acquisitions marketplace these days.

In my opinion, vision and the buyer’s strategic direction ranks right alongside a good rapport as a vital criterion for joining forces with a buyer.

There are more buyers out there than ever before. And their agencies’ substance and shape change as often as an amoeba’s does.

There are still the major holding companies, of course — Publicis, IPG, WPP, Omnicom and Havas, and there are also overseas buyers. Mid-sized ad agencies are adding PR services as another strategic arrow in their quiver, and smaller PR agencies are acquiring even smaller shops. More private equity firms are turning to public relations and digital/interactive sectors as promising growth categories. And a series of “rollup” firms have now come onto the scene as well.

To be sure, there’s nothing new about rollups. Peter Gummer pioneered the initiative when he founded Shandwick in the ‘70s and made about 20 independent agency acquisitions. All kept their own names for a period of time, until Gummer proclaimed that all Shandwick-acquired firms would lose their existing monikers and simply be called “Shandwick.” Gummer then sold Shandwick to Interpublic, where it subsequently merged with Weber to become Weber Shandwick. Today, all of the rollup companies I’m aware of allow their acquisitions to retain their names, following the Shandwick model.

In almost every situation where The Stevens Group is involved — plus every scenario that I’m aware of where we’re not involved — the rollup company’s game plan is to reach a certain size and then have a liquidity event, where it sells to a larger company or goes public.

The seller usually gets the opportunity to double-dip by reaping the benefits of an initial purchase price, while also in line to capitalize on the liquidity event down the road.

This takes us to the current mergers and acquisitions marketplace. Most current sellers don’t want to sell and walk away; they want to stay. They want to jumpstart their careers and play an integral role in the new parent company by bringing all of their experience as agency founders and owners to the big stage. Successful entrepreneurs can continue their careers with renewed energy when a buyer of their choice acquires them.

My team and I always advise sellers to have earnest discussions with the buyer about the goals, direction and aspirations of his or her organization. If a seller is looking for a plain-and-simple exit strategy, and his or her deal is based on an earnout, then it’s important for the seller to be certain that the buyer’s organization has the financial resources to stick to the terms of the agreement.

But if the seller still loves the business and has the fire in him or her to continue working indefinitely (as most sellers are now doing), then the two sides need to agree on strategic direction for future growth, which can be the most important consideration for both.

A seller who is ambitious and wants to become part of senior management in an acquiring company is better off joining an organization that has demonstrated an ability to grow and manage its development through strategic hires, other acquisitions and expertise in the niches that it serves.

A buyer who is expanding his or her bandwidth by acquiring your firm for its special niche and capabilities could be in a position to help a seller grow more rapidly. Remember that the seller’s future must be tied to the buyer’s future. That principle will help determine which route a seller should take when considering a buyer.

This is the future of PR agency mergers and acquisitions. The seller’s continuing role has become just as important as purchase price, chemistry and culture.