Home Acquipedia What’s in a Name?

What’s in a Name?

Here’s a somewhat familiar story. The names here have been changed to prevent awkwardness.

Rhett Butler Public Relations, a New York consumer product PR agency earning about $3 million in net fee revenues, was acquired by the Millard Fillmore Group headquartered in San Francisco. Fillmore is an agency on the rise and nets $30 million with a core client group in most niches except for consumer products. 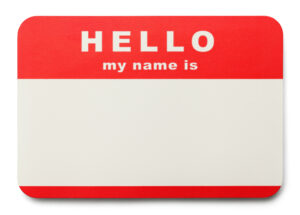 The Fillmore Group decided to go the acquisition route. Its vision was to establish a foothold in New York, where it wasn’t currently represented, and to get into the consumer product category to extend its service bandwidth. It identified the Butler firm as an opportunity to accomplish both goals.

Through a facilitator like me (in fact, it may have been me) the principals of the two firms met a number of times before both parties felt that the situation was right.

Terms were drawn up, negotiations ensued and an agreement was reached. Butler was going to be the New York platform for Fillmore and both parties were ecstatic. The synergies were apparent, the culture was compatible and the chemistry between the principals was excellent. The acquiring firm submitted legal documents, lawyers played their role in dotting the Is and crossing the Ts and the deal was done. Employees of both organizations were briefed on the exciting future this transaction would play in their lives. Announcements were sent to clients and subsequently the media.

All elements of the deal were included in the signed documents — except one. And that was what the name of the acquired firm would be. It was never discussed if Butler would continue to be called Rhett Butler Public Relations, or Butler/Fillmore or simply Fillmore.

For some reason, the name of the acquired firm wasn’t even raised in the initial or final discussions. All other components of the deal were: the earn-out, the role of the acquired firm’s principals and the reporting structure. The subject of the name was left hanging and needed to be addressed.

The Butler firm remained in the office space it had been in for the previous 10 years. Fillmore’s CEO picked up the phone to call his counterpart at Butler once the deal was about two weeks done.

“Hi, Rhett. I hope all is going well,” said Fillmore. “Are your employees and clients as psyched about your joining our organization as we are?”

“Yes, indeed, Millard,” said Butler. “Everyone is on board. It’s a win-win situation for everyone.”

“I’m so glad to hear that, Rhett. Now that the deal is done, I think it’s time to cover the next subject in our evolution. Since the Fillmore brand is so well known, I think we should now brand your firm as Fillmore. I’d like to see your name changed by the end of the month.”

There was a long pause. Finally, Butler said, “But, Millard, the Butler brand is also well known. We’ve established a strong presence in the consumer product category, and if we abandoned our name it could cost us business.”

“Nonsense,” said Fillmore. “If your brand is changed to Fillmore you’ll get more business, not less.”

And the conversation ended without any decision having been made. But Fillmore continued to insist and Butler had no choice. In 30 days, the name of the decades-old Butler firm was changed to Fillmore. And the Butler firm suffered as a result.

If you were to have a private and confidential conversation with Rhett Butler about this turn of events, here’s what he would say:

“We were in effect forced to change our name. It hadn’t occurred to me that this would be part of the deal. Once acquired, I no longer had a vote. Our employees were very disheartened to learn that the Butler name was gone. And our clients began to look more closely at possible conflicts of interest with those of the parent company.”

“And for some reason our usual over-the-transom prospects began to shrink. They thought that once the Butler name was no longer on our letterhead that we had gone out of business. It was a disaster. If I had to do it over again, I would never agree to abandon a brand name that was well known in the marketplace.”

If you’re contemplating selling your firm, then you should insist on your name being carried forward at least through the end of the earn-out period. If your firm earns well under $1 million in net fee income and you have fewer than ten clients, a name change may not be that vital. But if your firm has at least $2 million in net fee income, has a dozen clients or more and a staff of 20, then the name of the firm is just as important an asset as how much cash you have in the bank. The ideal situation would be to pair your name with the buyer’s. The combined name could do more for your ongoing reputation as the name of your firm before the transaction.

Most buyers wouldn’t agree to have its acquisitions retain their own names unless the buyers are huge holding companies. It’s one thing for a Ketchum or FleishmanHillard to keep their names as wholly owned units of Omnicom. But it’s not likely that a PR agency the size of Rhett Butler PR would hang on to its original name. The more common likelihood is that its name would be combined with the buyer: Butler/Fillmore.

The most important thing to remember is that the subject of what an acquired agency should be named is no less important than such other fundamentals as purchase price, earn-out criteria, degree of autonomy and synergy. Your ongoing net fee revenues could depend on it.