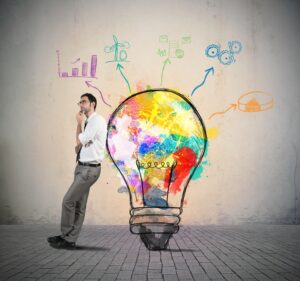 A good friend (I’ll call him Dave) owned a public relations agency for about 8 years and on the surface it appeared as if his agency was doing fine.  Or so I thought.

One day he confided in me. “I love having my own business,” he said.  “But I can’t seem to make the money I was hoping to make.” He could show credible, incremental year-to-year revenue
growth.  But his firm’s profitability, the bottom line, was in the proverbial toilet.

As senior partner at The Stevens Group for the past couple of years, I’ve gotten to know many PR agency owners in the $500K-to-$5M revenue range.  While some are making millions even on relatively minimal fee income, others like Dave are having a really hard time making ends meet. While Dave’s firm was great at doing PR, paradoxically there was just something missing, or stunted, in his management style when it came to turning big time PR talent into big buck profits for him and the firm.  This paradigm just seems to be an immutable fact of life for some people who run a professional service business.

To be honest I’m not entirely sure what distinguishes one group of owner from the other.  Some CEOs have figured out how to make millions, while others with comparable PR talent lay awake nights worrying about making payroll.  Maybe it’s in a helix either present, or missing, in an owner’s money-making DNA . I can’t make sense of it. When I talk to most agency owners, including Dave, they seem to have a firm grasp of the basic tenets of how to properly manage, and profit from, the high-end services they provide.

In Dave’s case it wasn’t for lack of trying.  He even bit the bullet and hired a consultant – for hundreds of dollars an hour — who specializes in turning small businesses around and helping agency owners manage their way to $greener$ pastures.

This consultant framed everything in terms of goals.  Goal # 1: Stop over-servicing clients.  Goal # 2: Cut overhead without compromising client service.  (That was tough for Dave to hear since he was very fond of every member of his staff). Goal # 3: Give up the quixotic quest to have every client love you. She begged him to get off the “love treadmill,” and start delegating more of the day-to-day service responsibilities to his team. Goal # 4: she told him to get his you- know-what out there and start bringing in more business. Goal # 5: Stop over-servicing clients (repeated here for emphasis).  Goal # 6, and the most percipient of all her advice to him in my opinion: She strongly suggested he consider merging with a bigger, better managed PR firm with considerably more resources whose owners could teach him a thing or two about how to run a PR firm more profitably.

At first the idea of reporting to someone else just didn’t quite resonate well with him.  He had been his own boss for just a little shy of a decade and he liked seeing his name on the door.  Working for someone else seemed too big an ego lump for him swallow.  The idea of selling his business was anathema. Further, although mistakenly as it turned out, he was convinced no one would want to buy his firm.  He thought his firm’s profitability would preclude a buyer from taking him seriously. He was doing about approximately $800K a year in fee income.  A credible number to be sure.  Pancake EBITDA was the Achilles Heel he thought would hurt his chances of getting a fair price for his firm.

Long story short, Dave finally decided to throw caution – and restless nights — to the wind and explore the possibility of finding a buyer for his firm.

Turned out The Stevens Group knew a buyer who we thought might be just the right fit for his firm.  So Dave and the prospective buyer (who will remain nameless) met for lunch.  The meeting went very well.  (In these initial meetings I’ve learned that chemistry matters most).

The buyer liked Dave’s style, his affable nature and work ethic, his acumen for the art and science of PR, and he liked the work Dave’s firm had been doing for their clients. The question of fee income came up.  The buyer never mentioned profitability.

Lo and behold two months later Dave sold his firm to the buyer he had just met. It’s been two years since the sale and Dave and his new owner are now one of the hottest tag teams in town, surprising even the naysayers and enjoying triple-digit growth.

I find in many cases there continues to be one hard lesson for some PR agency owners to learn — and it’s a lesson every owner like Dave should to take to heart.  And the lesson is this: Excellence at the practice of PR is by far and away the backbone of any good agency.  But knowing how to leverage those PR skills, manage people wisely and never, ever take your eye off the bottom line is the only way an agency owner can ever hope to realize his or her full financial potential.  Being good at PR is only one part of the equation.  Knowing how to run the firm as a business and make lots of money doing it is the other.

An excerpt of this article was originally published on O’Dwyer’s Inside News.