Home Acquipedia The Next Chapter: Consider Your Post-Sale Plans

The Next Chapter: Consider Your Post-Sale Plans

Are you planning to sell your agency sometime soon? Have you thought about where you see yourself four years after the ink dries? 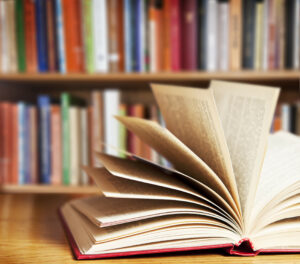 With any public relations agency merger or acquisition, there are numerous questions you must ask yourself before signing on the dotted line, including getting smart about your future options.

For example, are there any distinct landing spots with a clear path to advancement for you in the combined entity? You also may wonder how the merger will affect your agency’s overall position in the industry and its reputation, as well as its financial standing.

When I sold my agency after many years in the business, I had a very clear vision about what I wanted to do moving forward: I wanted to give something back to the industry that had been so good to me by providing consulting work and facilitating agency acquisitions. My goal was to remain in the PR space, yet serve it in a new, more pertinent capacity.

Keep your eye on the prize

As someone who’s worked closely with more than 100 PR agencies over the last 12 years, I encourage any agency owner to carve out time for some serious reflection about what they want to do with the rest of their life following a sale. I believe it is essential to figure out what is really important to you in life, including why you are working so hard in the first place.

I can personally attest that owning and operating a PR agency can be all consuming. And being thrust into the world outside of your agency life following a sale can often lead to culture shock and disorientation if you are unprepared.

Developing a plan that tackles how you want to monetize your business — and factors in your future ambitions — can yield significant dividends, both financially and personally. Of course, the options and combinations vary from one person to the next.

For instance, if you’re hoping to make a solid break from the industry, the scenario will obviously require a different exit plan strategy versus someone who simply wants to “slow down” for a few years, gently bow out of the business and remain fairly active in the PR industry.

I’ve met many CEOs who knew from day one of the sales process that they wanted to get out “while the getting’s good.” The majority of these owners started the retirement process over the course of the two to three years “burnout” phase following the sale of their agency.

Other executives have different plans they hope to pursue after selling their agency. For example, one head of a firm I sold a few years ago wanted to start a consumer product business with her daughter. Another owner said she’d always dreamed of moving to Israel from New York and eventually followed her path there.

There’s also another category of agency sellers: those executives that are in the prime of their lives and want to join forces with an organization that will help them enhance their career, giving them the opportunity to make a quantum leap into a more integral role — on a higher level — within the newly formed entity.

Finally, there’s the scenario that I can relate to the most: that it can get very lonely at the top. Some agency owners pursue a merger because they just don’t want to work alone anymore (assuming they own 100 percent of the firm).

This circumstance is precisely what happened in my experience as an agency owner. After realizing that I didn’t have anyone within my firm on an equal level to make decisions with, I started investigating options to merge with another agency. The rest is history.

There are several things I urge you to consider as you think about your post-sale plans. For starters, learn how to say “no.” Just because you want to step back from the business eventually doesn’t mean that your appetite to create and contribute to the world of PR has disappeared altogether. If anything, your passions may accelerate once you have time to rest and regroup.

In many cases, after an agency sale, industry peers will line up to share new opportunities and partnership ideas, including board of director positions, industry organizations and more.

I also recommend paying it forward. After taking the time you need to rediscover your personal and professional desires, you may find fulfillment serving as an industry advisor or mentor, or dedicating volunteer hours to support peers or non-profit organizations.

For those of you who may be considering retirement, as someone who created a “second” career more than eight years ago — and still loving it — I urge you to think twice. Some people believe that retirement will allow them the luxury to sit back and smell the roses. However, after some time has passed, I believe those roses don’t want to be smelled. In other words, it’s important to realize that retirement may not ultimately resolve all of your quality of life issues.

As an alternative, I suggest either starting a second career — as I did — or think about re-engaging and dedicating your time to related activities, with a goal of contributing to the perpetuity of the industry.

Go with the flow, but go for what you want

If you’re in the process of selling your PR agency, you should start to lay the groundwork for your future life now. Be sure to factor in enough time to allow yourself to slow down in stages so that you can try your hand at different things.

Remember, some people have very concrete reasons as to why they’re selling their agency, especially because they have a solid post-sale game plan in place. However, others don’t always have all of the answers.

In my case, after my PR agency was acquired and before I started formally consulting, agency owners almost immediately began reaching out to me for tips and advice. They shared their stories, asked me questions and appreciated my advice. It was at that point that I realized I had something to contribute.

The bottom line: by exploring and pursuing your true interests during any transition period or agency sale, you will allow yourself time to figure out your true passions, helping you to ultimately rediscover the greater world around you and your agency.

This article was originally published on O’Dwyer’s Inside News.