The Stevens Group, a leading marketing, digital and PR agency merger & acquisitions consultancy has announced that senior agency and corporate executive, Greg Sherry has joined The Stevens Group as an Affiliate 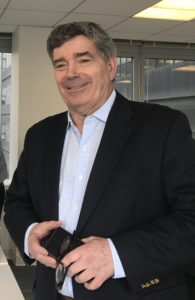 Associate. Sherry, president of Sherry Communications Consultants (SCC), brings a diverse background to The Stevens Group team. Sherry built and sold his own agency to Publicis, and later served in senior positions with G&S Communications and most recently with Kellen, where he served on the Executive Committee and managed the company’s global communications team. Earlier in his career, Sherry ran global communications for Spalding Sports Worldwide.

“I’m delighted to join The Stevens Group team,” said Sherry. “As an entrepreneur who built and sold my own PR firm, then later merged another agency, I understand both the business and emotional considerations in selling or buying a business.” As a highly respected business leader, Greg is known for his hands on approach. He has served as a trusted advisor for many of the world’s leading companies and brands, and has mentored many industry professionals who today serve in leading agency and corporate positions.

The Stevens Group is one of the leading consultants and mergers/acquisitions firms in the marketing communications, digital and public relations industries. It is headed by Art Stevens, managing partner. Rich Jachetti is a senior partner in the firm.