Home Acquipedia Are PR Agency Valuations Worth the Time and Money?

Are PR Agency Valuations Worth the Time and Money? 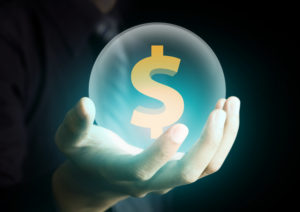 Let’s say you’re in the market for a new home. What do you do? You hire a broker to determine the current marketplace.

You give the broker information such as where you’d like to live, what type of house you want, what amenities need to be within driving distance and what price range you can afford. The broker goes through his database and identifies a house that meets your criteria. The house is listed for $300,000. That’s the value that the seller and his broker put on the house.

When you see the house, you’re excited. It’s exactly what you want. But you don’t think it’s worth $300,000. So you offer $250,000. The two brokers negotiate to see if there’s some middle ground, and when a phone call comes saying that the seller will accept $275,000, you’re elated. You have your dream house.

The same premise applies to selling a PR firm. However, our profession has a process used to help determine the appropriate value of a PR agency. It’s called “valuation.”

A process that CPAs usually carry out, valuation examines a long list of tangibles, as well as intangibles. It includes a detailed analysis of past and present financials, profitability and client stability. It also evaluates the caliber of key employees, as well as that magic ingredient known as goodwill.

Let’s say the founder of a $3 million consumer product firm finds out that his firm is worth $3.5 million through a formal process; that’s what he should get for the firm if he sells it. The PR agency owner will receive a bill from the CPA for a fee of $7,000 to $12,000 for conducting the valuation.

So just how “valuable” is this written valuation? This same PR agency owner decides to put his firm on the market. He deliberates whether he should sell to his own employees or to an outside organization, so he decides to test the waters.

He goes to three of his key employees and tells them that his agency has been valued at $3.5 million, and that he’d like to continue the legacy of the firm by selling it to them.

They are flattered, but after talking about it among themselves, they realize that they don’t have the means to shell out that kind of money. So they offer the owner $2 million to be paid over 20 years.

The agency owner politely declines their counteroffer. After all, he’s got the official valuation document in his pocket.

Then, he turns to the marketplace. He meets several potential buyers and displays the valuation document. He determines that there shouldn’t be much in the way of negotiations because the value of his firm has been cast in stone.

One buyer offers him $2.8 million to be paid over three years.

“But you don’t understand,” the seller says to the prospective buyer. “I have a valuation and according to it, this firm is worth $3.5 million.”

The buyer responds, “No, you don’t understand. I’ve done my own evaluation of your firm, and my advisers and I don’t think it is worth anywhere near $3.5 million. We believe it’s worth $2.8 million.”

The seller declines the offer and has a conversation with another buyer who says, “I believe your firm is worth $4 million and I’m ready to do this deal.” Does the seller then say, “No, you don’t understand. This firm is valued at $3.5 million, and I simply can’t accept your offer of $4 million”?

No! The seller will simply toss the valuation into the dustbin of the restaurant where he’s celebrating the sale of his firm and forget all about.

My premise is simple. Don’t bother with a valuation. It’s not worth the expense. Just use the rule of thumb of how PR agency acquisitions are usually done. It’s a lot cheaper. In fact, it doesn’t cost anything at all.

If your agency has a net fee income of $3 million and a 15-to-20 percent profit after the owner pulls out all the perks, then the agency is worth about one times that net fee income — or $3 million. Or, it’s worth five times your EBITDA; the prevailing totals are usually the same.

You don’t need an expensive crystal ball, tealeaf reader or valuation to give you this information. It’s already there for you.

And I’ll put it to you another way. I’ve been doing mergers and acquisitions for 15 years now, and I’ve never had a buyer ask to see a valuation. The buyer will always use his own criteria to make a judgment as to what a PR agency is worth to him.

And if a seller shakes hands with a buyer to move a deal forward, then the marketplace will have done the valuation for you.

Art Stevens, APR, Fellow PRSA, is managing partner of The Stevens Group consultants to the PR agency profession, focusing on mergers, acquisitions and management consulting. Before that, he was founder and CEO of LobsenzStevens. He is a member of the PRSA College of Fellows, a past officer of the PRSA national board, past president of PRSA-NY and recipient of the PRSA Patrick Jackson Award for lifetime achievement.